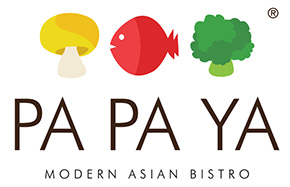 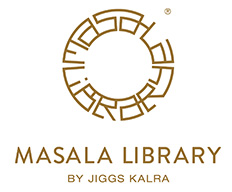 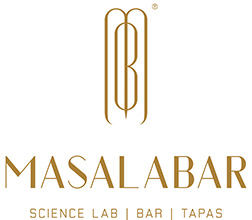 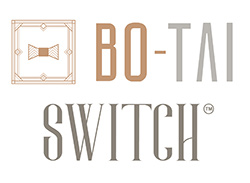 Regarded as ‘the Prince of Indian cuisine’, Zorawar Kalra, after the successful exit from his maiden venture credited with introducing one of the most awarded regional cuisine restaurant concepts in India, launched Massive Restaurants Pvt. Ltd. in December 2012. Massive Restaurants, spearheaded by Mr. Kalra and mentored by his illustrious father & Czar of Indian Cuisine – Jiggs Kalra, was established with an aim to develop India’s premier brands of restaurants that specialize in targeting all segments of the market, while showcasing the evolution of Indian cuisine and putting Indian food on the global palate permanently. The Company currently operates under critically acclaimed, multi award winning brand verticals of premium Fine-Dining Restaurants with the signature Masala Library by Jiggs Kalra, the Smart-Casual Dining Restaurants with the brand Made in Punjab, the modern Indian bistro concept Farzi Café and modern pan-Asian bistro concept Pa Pa Ya, cuisine agnostic modern ‘freestyle’ bar & kitchen – KODE, high energy dining concept – MasalaBar, offering a cutting edge, post-modern & stylish bar, for an immersive dining experience; and unlimited grill and brewery concept – BBQ’D. Massive Restaurants raises the bar a not­ch higher with the launch of its brand new Modern Thai Bar & Grill concept BO-TAI. With each new concept and new outlet we move one step closer to our vision and continue to revolutionize Indian food and night life.

Perfecting the science of molecular gastronomy with India’s spice and flavour, Zorawar Kalra is a name that commands respect in the Indian hospitality industry. The face of Massive Restaurants, Mr. Kalra proudly tells the tale of a brand that majestically owns and operates trendsetting and critically acclaimed brands. Spearheading Massive Restaurants that includes Farzi Café, KODE, Masala Library by Jiggs Kalra, Rivers to Ocean (R2O), Made In Punjab and Pa Pa Ya under its wing, it has been an adrenaline-charged journey for him as he watches it grow exponentially. Owing to its success stories, the brand has recently raised INR 160 crores from Gaja Capital for the purpose of expansion. With strong foresight, he is a visionary who aims to launch properties in 10 new cities within this year end. Spread over 10 outlets in India, Farzi Café gets ready to spread its wings to London and 6 other cities in the Middle East. Extending to 5 outlets in the country, Pa Pa Ya sets the Asian notes right, while other brands like KODE and Made in Punjab are in the nascent stages for an international launch soon enough. With USA, UK and the Middle East on Kalra’s radar for international expansions, it is safe to assume that Massive Restaurants is going the right way.

Counted amongst one of the youngest, most successful restaurateurs of India, he reinvents Indian cuisine with his strong business acumen and a rich heritage spanning over four decades. Considered as the ‘Man with a Vision on a Mission’ & ‘The Prince of Indian Cuisine’, he has been recognized amongst the 50 Most Influential Young Indians by GQ India (thrice); GQ Men of the Year – Restauranteur of 2017; Economic Times 40 Under 40; Forbes Tycoons of Tomorrow; Restaurateur of the Year Award, 2014 & 2017, Times of India & Vir Sanghvi Awards; a Finalist in E&Y Entrepreneur of the year 2017; HT Crystals, 2014 and Entrepreneur of the Year in Service Business – F & B Services, Entrepreneur India Awards, 2014. December 2012 was a milestone for him, as it saw the launch of his latest venture Massive Restaurants Pvt. Ltd., which in its first year of operations won over 19 prestigious awards under various categories. Zorawar Kalra has also been a judge on Masterchef India Season 5.

Reviving Indian cuisine and now putting it on the global food map, he holds the recipe for success, delectable food and humility. With a Master’s in Business Administration from Boston’s Bentley Business University, his proclivity towards path breaking edible creations hails from his genetic love for food. An entrepreneurial bent of mind and the new encyclopaedia for all things food, he has ostensibly studied the Indian food & beverage market, introducing some of the most genre defining restaurant concepts Mumbai has ever seen.

With a plethora of commendable brands in his kitty, it comes as no surprise that Massive Restaurants is making its mark, the ‘larger than life’ way. Masala Library by Jiggs Kalra, the magnum opus of Mr. Jiggs Kalra, present in Mumbai, is considered amongst the best restaurants in India, having won over fifteen prestigious awards within the first year of its launch in October 2013, while being appreciated by both diners and critics alike. Made in Punjab, the smart casual restaurant concept, serving traditional cuisine from the Punjab province, offers culinary masterpieces from the regions surrounding the Five Rivers. While the multi-award winning, critically acclaimed, revolutionary modern Indian bistro Farzi Café, best described as a gourmet experience, amalgamates traditional global cuisine, with Indian influences, contemporary presentations, culinary styles and an ambiance with the aim to bring Indian cuisine, back “in-Vogue”. By the end of 2018, Farzi Café will be present across 7 countries. With the launch of its new modern pan-Asian bistro concept Pa Pa Ya, the brand aims to completely reinvent Asian cuisine on a global scale. The further launch of freestyle modern bar n kitchen – KODE, which boasts the largest whiskey bar in India; and unlimited barbecued local and global delicacies – BBQ’D is an aim to reinvent the food and dining concept. Bo-Tai Qutub is Zorawar Kalra’s first contemporary Thai restaurant with a luxe setting and stunning cocktails. Rivers to Oceans (R2O), as the name suggests, indulges you with food from a wide spectrum—from the river beds to the deep ends of the ocean across the globe and is the latest outfit by Mr. Kalra and his wife, Dildeep Kalra.

Mr. Kalra spends his free time with his family including his two kids, playing golf and his deep love for computer games.

Mr. Jiggs Kalra, also known as the “Czar of Indian Cuisine” and “Taste maker to the Nation”, is a pioneering food columnist and author, gastronome and food consultant. In a career spanning close to Five decades, he has been instrumental in introducing Indian cuisine to the international audience as well as setting standards of the same. He has recently been inducted in the International Food & Beverage Gourmet Hall of Fame (making him the first Asian to be inducted in this highly prestigious society) and has numerous awards and accolades, both national and international, to his credit. Throughout his journey, he has endeavoured to revive the lost cuisine as well as cooking styles of the region; having introduced age old delicacies such as the kebab’s served in the erstwhile royal kitchens of India, such as the Galouti. He is also credited with establishing some of the most critically acclaimed and best performing restaurants in the country. Additionally, he has represented India at various International Food festivals and Summits and is the man behind the culinary success of numerous Hotels like The Oberoi Group, ITC Hotels, The Park Group and some international properties.

Currently, he is the Chairman & Managing Director of Bawarchi Tolla (Hotel & Restaurant Consultants) and is assisting his son, Mr. Zorawar Kalra, as the Mentor for Massive Restaurants Pvt. Ltd.

The pleasingly satiated face behind the successful Massive Restaurants Pvt. Ltd. and the man behind it – Zorawar Kalra, is that of an articulate, intelligent and self-motivated lady. Her foresight, strong business acumen and a meticulous eye for detail make Dildeep Kalra a visionary, who impresses and earns her commendable position as the Director of Massive Restaurants. With a penchant for fashion, design, and visual merchandising, she brings her sense of art to the Indian and International F&B retail market.

A passionate fashionista with a plethora of knowledge, she is one of the most elite women in the country today. Local, as well as International trends catch her eye, as does the finesse of luxury brands. Design is at the core of all that she does, and her taste revolves around chic modernity. The scheme of all her restaurants reflects her taste for minimalistic design complemented by perfect palettes. With her creative flair, Dildeep is passionate about ensuring that the journey from plate to the palate for each guest is a memorable one at Massive Restaurants and she believes that one first eats with the eyes. Ensuring that everything from the decor to the food reflects ‘larger than life’, ingenuity is her forte and she remains unmatched in her ability to offer art on a plate. Her endeavour to offer nothing but the best makes her a perfect guiding force for the company, while her in-depth knowledge about food and wine pairing, highlight her connoisseur abilities. Her confidence is contagious and she is excited to further grow the brands owing to her passion for travelling across the world on her quest for novel cuisines and ingredients.

Dildeep Kalra is an avid reader, a great painter and believes in staying fit. Besides working out in the gym, she enjoys cycling too. She even makes it a point to cook up a gourmet family meal, which she finds both relaxing and therapeutic.